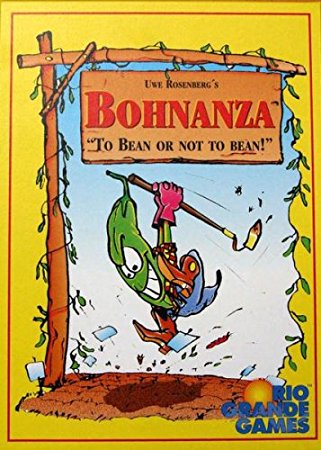 Bohnanza is a simple card game about planting bean fields and harvesting them.  This game is for 2-7 players and takes less than 45 minutes usually.  For simplicity, this review will not cover the variations based on the number of players.  The Rio Grande version is the English version and it has cards from both the original and expansion.

The game components are 154 bean cards, 7 3rd bean field cards, a box and a rules booklet.  Each bean card has the bean type, number of cards in the deck and a beanometer.  The beanometer (yes, I know your friend who passes gas a lot is named that…) tells you how many gold coins you get when you sell bean cards of this variety.  The more cards you sell, the more gold coins you can potentially get.  The 3rd bean field cards can be purchased so you have a third bean field to plant in.  The rulebook is well written and has examples of play.  It’s simple enough that I don’t think many people will have trouble learning the rules.

One thing you have to understand about this game is that cards are played out of your hand in the order you received them.  The phasing player plays the first bean card in his hand in any empty bean field or on top of an existing field that already has a bean of that type.  If neither is available, he makes room by harvesting the beans in a field and collecting gold if the field had enough beans.  He may then optionally play a second bean card if he wishes.

Now, all players must plant all beans in their reserve piles that they received this turn.  If there is not an open field, they must harvest one or more of their fields to make room.

Lastly, the active player draws three new cards and puts them in his hand in the order he received them.

Once per game, a player may buy a third bean field for 3 gold.

The game ends when the draw deck has been exhausted for the third time.   The rules really are this simple.

I found this game to be a lot of fun and so has everyone I have played it with.  What’s interesting about this game is that you have to play your cards in the order you received them.  Trading is the main mechanic used to get the bean types you need to plant.  The strategy involves looking to see what cards you have to play in later turns and planting or harvesting your beans accordingly.  By the way, bohne means bean in German. 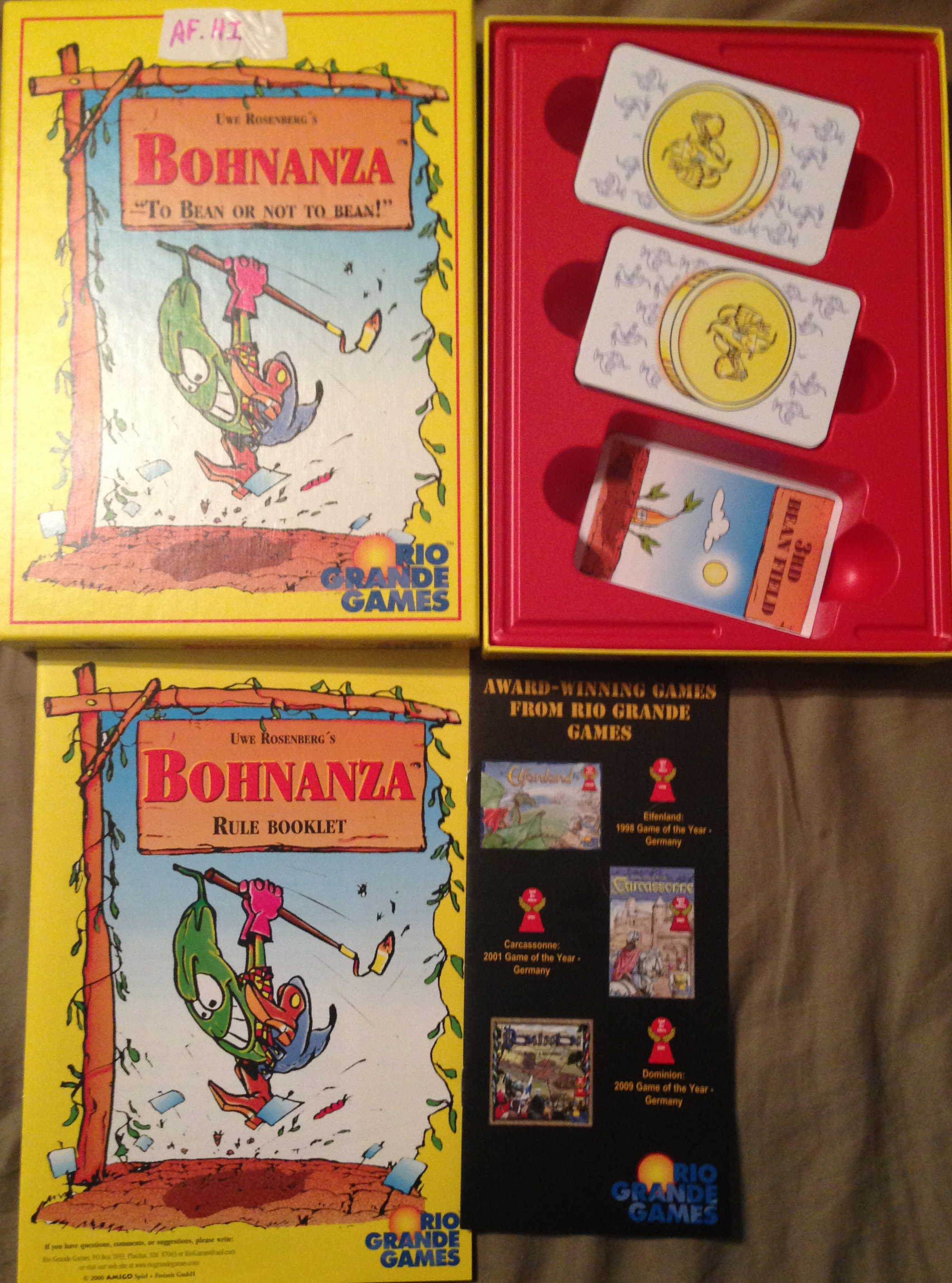