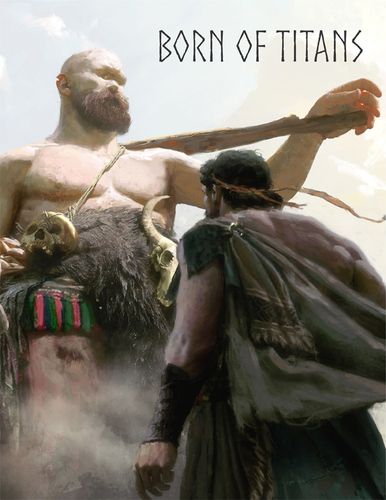 Born of Titans is a 2 to 4 player magazine game contained in the new Ares Magazine #3. The genre it takes place in is Homer’s Iliad. You play a hero who has to complete three quests before any of the other players. Some of the challenges you will face are monsters, fates, furies and your own hubris.

The components included in the game are the rulebook, counters, map and crew sheet. D6 dice are required for the game, but not included. We all have dozens of D6 dice laying around the house so this is not a problem. The components were all of as high of quality as you can get with a magazine game.

The rulebook is a total of 5 pages and well written. I didn’t find any errors or omissions in it. The last page has examples of play that are very helpful.

Unlike most games with counters, these are circular instead of the normal square variety. They are full color and printed on both sides. These represent heroes, allies, gear, divine influence, encounters, quests, prophecies, ships crews and the important hubris counter. The counters representing heroes, crews and allies have three traits. They are battle, navigation and wits. Some of the encounters have you use a specific trait to try to defeat the enemy with. It is best for your hero not to be lower than 3 in any of these or you are going to have trouble. This will be explained more later.

The map is a point to point map that has cities, quest locations, oracles, underworld locations and sea monster locations. It costs 2 movement points to move from one point to another on land and one movement point to move one point to another at sea. You role a D6 for each navigation point your hero, crew and allies have and every roll of 4 to 6 gives you one movement point. If you choose a hero with 2 navigation points and your crew has zero, you are going to be at an extreme disadvantage because your movement will be too slow. Cities on the map can give you two crew or divine tokens. Oracles on the map give you two prophecy which can be used to roll extra dice or look at encounters on the map. The map also has sea monsters that can be defeated, but respawn as soon as you pass their space. The underworld is where your opponent moves your hero to if you encounter one of three specific quests.

The crew sheets have a picture of a hoplite phalanx with numbered shields. You use the shields to keep track of the number of crew and prophecy you have. The sheet also has a list of the effects of the various divine influence counters in the game. There are two effects for each. The first effect is if you only have one of the counters and the second effect is if you have two of the same counter. Hera the goddess is a very desirable divine counter, because it allows you to give the hubris counter to another player (don’t worry, I won’t forget to explain what the hubris counter is).

Playing the game is simple, but a lot of fun. Each player starts with 6 crew and 2 prophecy and a quest counter that has been placed on the board by their opponent. You get 2 actions per turn which can be any combination of movement, encounters, recruiting, sacrificing and prophecy. We already discussed how movement works so let’s go on to encounters. Encounters occur when you land on a city space, quest space or a sea monster space. City spaces can have a monster for you to fight, give you an ally or have a counter with special instructions. Each monster or sea monster has a numbered trait and you must sum your hero’s, ally’s and crew’s total of that trait to determine the number of dice to throw. Rolls of 4-6 count as hits and if your hits equal the monster’s trait number it dies. Otherwise, you lose one crew and may continue to fight it or retreat. If you crew total drops to zero, you can no longer fight monsters until you gain more crew.

Here is where the game gets really interesting. If you are the first person to complete a quest, you get a hubris counter. The hubris counters prohibits you from completing your second quest. You are stuck with this until the first time someone completes the second quest or you use Hera the Goddess to give the hubris counter to another player. Most player learn to hold onto a Hera counter so they can immediately give it away if it is given to them. Essentially, the hubris counter becomes a hot potato.

What I really like about this game is the unique genre and the fact that it is a quest based game. Usually, games involving ancient greeks are simply tactical battle games. This game plays more like an adventure board game and really does feel like what a game about the Iliad should be like. Well done!

Buy you own copy on eBay. 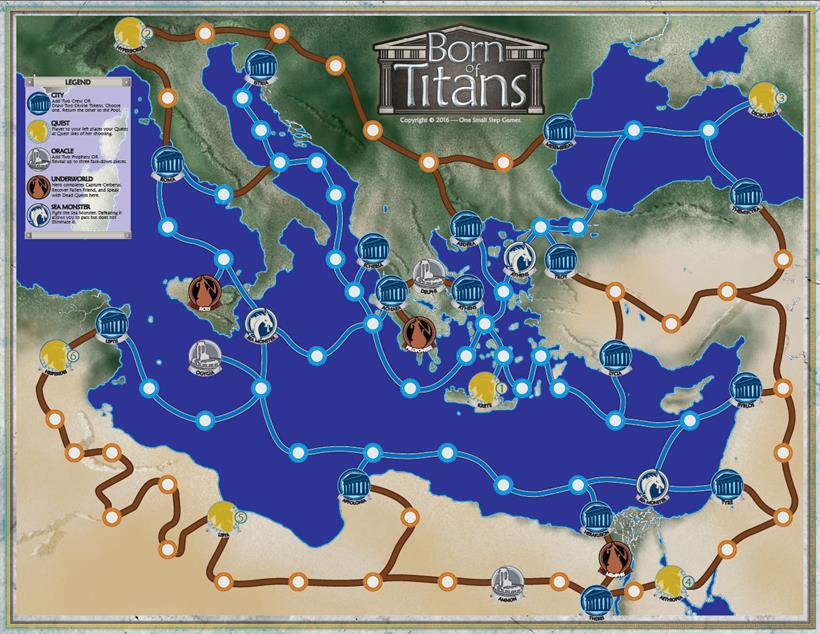