What I learned from Playing at the World by Len Krol

A Review of the Jon Peterson Book Playing at The World

This book states that it is about “The History of Simulation wars, people and fantastic adventures from chess to roleplaying games.” That is actually an understatement. It is a big book. It has more information than I can handle. Just holding it builds up arm muscles. Instead of a traditional review I will state two facts I learned from this book. 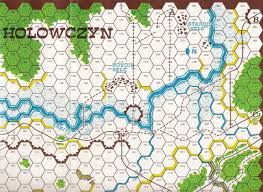 Hexagons are a symbol of our hobby. Some game companies even use it in their logos. No one knows where hexagons came from. It is like asking a fish why is there water.

The problem is that hexagons do not always work well. I have played Avalon Hill’s Gettysburg with a square map and a hexagon map. The squares work better. Avalanche Press and others use squares in their battle games. For tactical and skirmish games, squares work better. On the operational level you tend to fight for strategic crossroads, fords, passes, or towns. A point to point map works better. In strategic games, area maps work better.

The only time hexagons work best is in the subject of air combat. In strategic games, you can easily see the radius of action for your fighters. On the tactical level, it helps to determine the angles between the aircraft, which is very important for gunnery and sighting.

There was even a picture of a hexagon map in Life magazine (P.286). Charles Roberts saw this and started putting hexagons on Avalon Hill’s game maps. 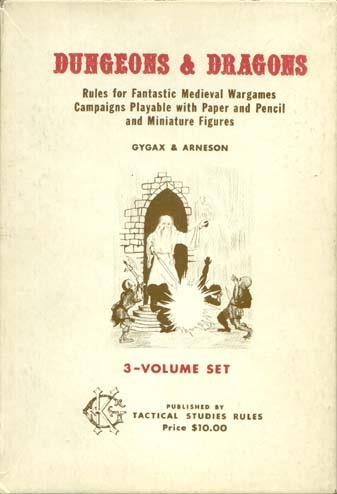 The selling point of the original D&D was that the only limit was your imagination. That is also true of science fiction, superheroes, ancient mythology, age of renaissance, American West, international espionage or horror and so forth. In the future there would be RPGs on these subjects.

I was never interested in the Middle Ages. It was a time when life was short and brutish. If the Black Death didn’t kill you, barbarian invasions would. Kings were tyrants who ruled with an iron hand. You lived in mud huts, smelly crowded cities, or drafty castles. Knights either had to fight in bloody tournaments or go on stupid grail quests. Even the name Dungeons & Dragons sounded terrible.

There was a group called the Society for Creative Anachronism. This group would try to recreate the medieval world. They did more than wear costumes. They would adapt medieval names and role play being a medieval character. These people just loved the movie Ivanhoe (1952) with Robert Taylor. When D&D appeared, they were ready (P.419).

I was bored by Ivanhoe. My idea of fantasy is ancient mythology. It should be like the movie Jason and the Argonauts (1963). You have epic journeys by heroes fighting fantastic monsters, evil magicians, and epic hardships. The Gods could be for or against you. The first RPG should have been called the Argonauts and Golden Fleeces.

There were Civil War reenactment groups, but they were not as passionate. The SCA has noted authors in leadership positions (Marian Bradley Zimmer, Paul Anderson) and other writers who participated (Harlan Ellison, L. Sprague DeCamp.) This is a very literate and vocal group. Any product that appealed to these people would get a lot of good free publicity. At the time, D&D was more expensive and more complex than your average war game. You needed customers who were willing to pay the extra money and do the work. Medieval fantasy fans were such a group. TSR knew where their market was and knew how to appeal to those people. Smart marketing is the reason the first RPG game was based on medieval fantasy.

Playing at the World gives us a hint on the conflict that causes the terrible split between Gary Gygax and Dave Arneson. It had always been a mystery why these two split. I think even the two gentlemen involved are not sure what happened. I feel the split reflected what was happening among other people.

D&D split my war game group. Some people found role playing to be the ultimate experience and lost interest in miniatures and board games. Others like me thought it was fun and we had a lot of good laughs. After a while, it was time to put it aside and get back to the serious historical battles.

Arneson was the first Dungeon Master. He showed how that could be done. He also created the first fantasy campaign world (Blackmore.) Without his contributions, D&D might have never gotten popular. From the publication of D&D in 1974 until he started working at TSR in 1976, he published nothing about D&D outside of the Blackmore campaign. At the same time Gygax published not only Greyhawk, but wrote numerous articles, interviews and other things. If you had a question, Gygax was the guy who would answer them, not Arneson. Gygax was doing all the work.

Arneson was employed by TSR for a year. During this time, he wrote very little, and nothing about D&D. He wrote about historical naval war games and historical miniatures. Arneson spent more time on his Napoleonic fanzine than he did on any work with TSR. I felt that Arneson lost interest in fantasy role playing. The problem was that D&D and other products were outselling historical games by a large margin. RPGs would be what would make TSR so profitable. Gygax was always push, push, pushing D&D. TSR was a business for Gygax while it was just another job for Arneson. Arneson would publish other historical games with others. So the split between the two gentlemen seems to be destined.

To sum up, Playing at the World is a valuable resource for anyone interested in the war game hobby. It is a must have.